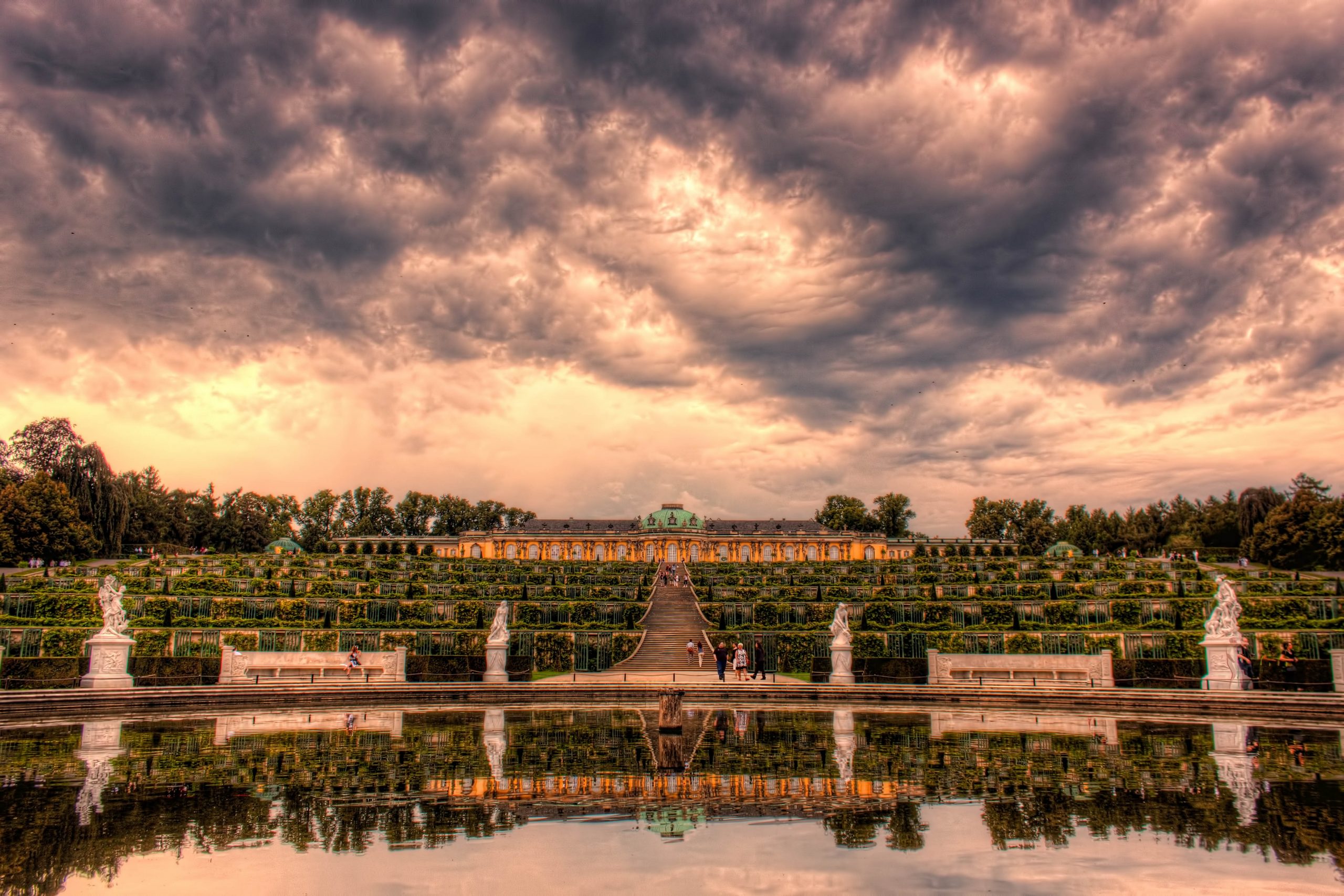 This is the most typical view you can get of Potsdam Sanssouci. Again a shot that is hard to get without people in it, and also the weather wasn’t our friend that day. Something like an hour later there was a huge thunderstorm. But you have to live with what’s nature is giving you, so I tried to take the best possible shot.

Sanssouci is the former summer palace of the Prussian Kings and it’s often referred to as Prussian Versailles. It was built in the 18th century and is of course part of the UNESCO World Heritage today.