Justizpalast in Munich (Germany) or in translation “Palace of Justice” has a special meaning for Nico. When we visited Munich – the capital of Bavaria, it was one of the first sights which he wanted to capture in a photograph. Any idea why?

The Palace was constructed in years 1890-1897 in neo-baroque style. It became worldwide known for the story of “White Rose”. “White Rose” was a student group which in series of pamphlets was resisting Nazi regime. In 1943 two of the students, Hans and Sophie Scholl were sentenced to death for their opposing views. Room 243 where it happened, later in German history, became a memorial for this event.

But this is not the story which I wanted to tell, and which involves Nico. Justizpalast is today a home for Bavarian Department of Justice and the District Court I of Munich. It’s one of the courts where Nico is fighting for his rights against companies who steal his photos. So far some of the judges were very considerable for photographer’s rights for being paid for own work. So! A sunny, bright photo as kind of memorial for that. 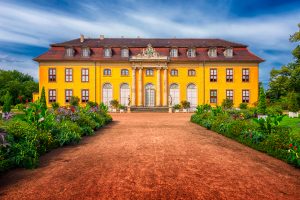 Wieskirche or The Pilgrimage Church of Wies | Bavaria, Germany 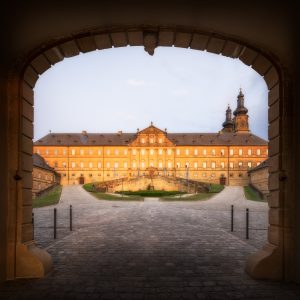