The Commerzbank Tower, built in 1997, was for a few years the highest skyscraper in all Europe and until 2012 the highest of the European Union. With its 257m height (300m including the antenna) and with the strong yellow illumination, the tower is not to oversee all day and night.

As I was lucky enough to stand on the Main Tower right next to the office of the Commerzbank, I could capture the tower together with the old town of Frankfurt – even though the old town down there seems so tiny little. That all happened at full moon made me just even happier. 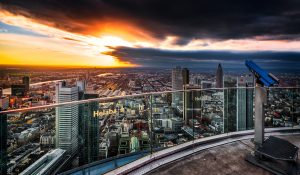 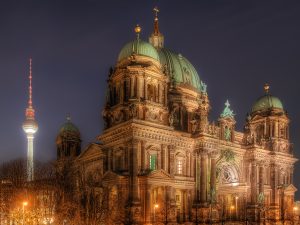 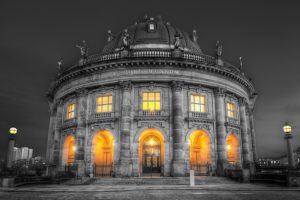