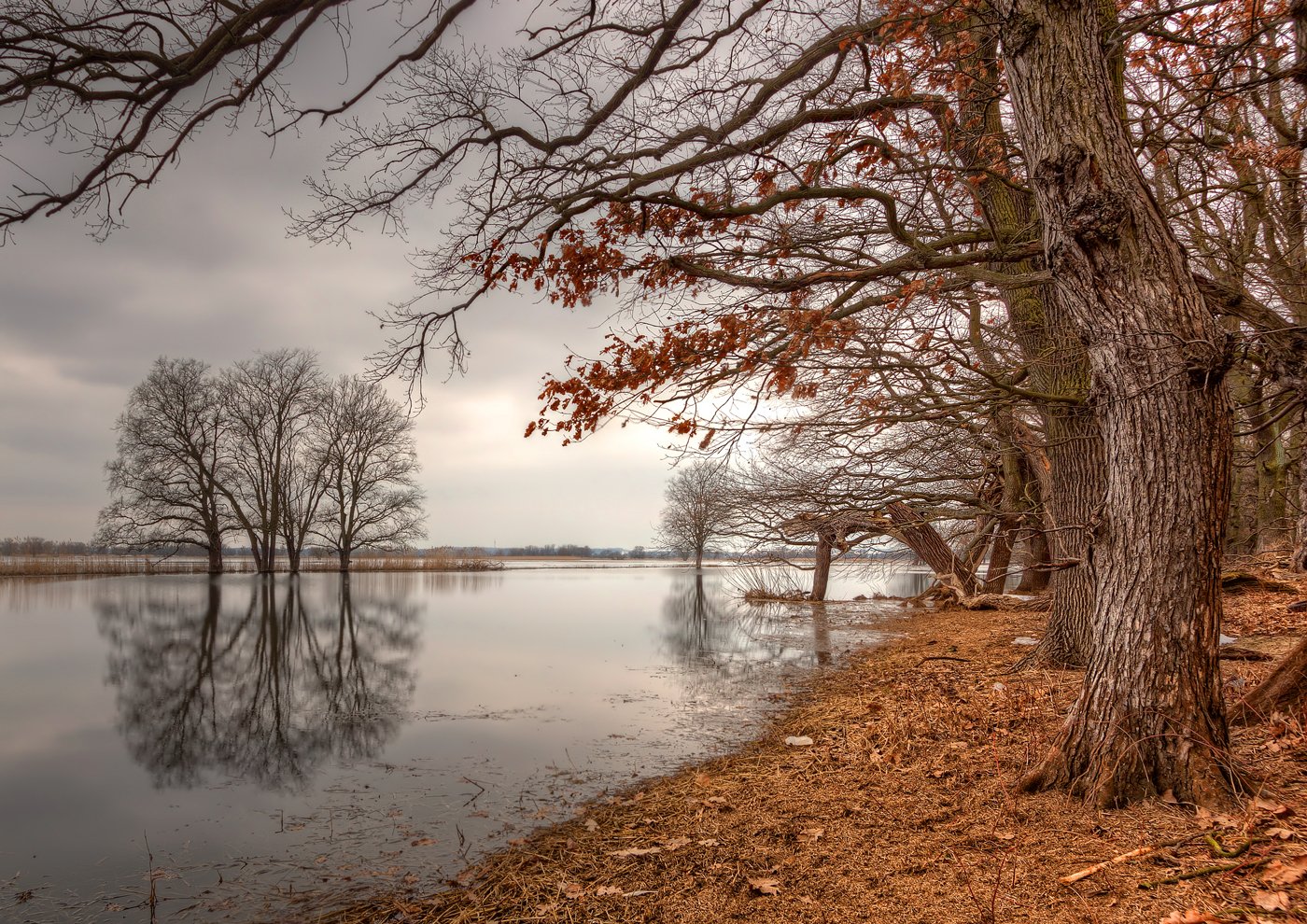 We’ve just been on the way to cross the Oder River as we noticed this group of trees. Fortunately we found a small lay-by and were able to pull over to capture the scene. What do you think when the photo was taken? I was so focused on the reflections in the water that I actually didn’t realize it until the post-production. The picture was taken beginning of April! In the northern hemisphere that is obviously spring and not autumn. But hey, I’m not unhappy about the added colors by the leaves. They create a pleasant, autumnal mood on the Oder riverbanks.

The colours of Autumn

The river Oder accompanied me for quite some time by now. More than four years I’ve studied in Frankfurt (Oder) and crossed the Oder River countless times when crossing the German-Polish border. Also when I visited my girlfriend we’ve often been at the Oder River, as the river also passes through Wroclaw were she used to study. Now I was offered to make a series of postcards for an art project called “Nowa Amerika”. Obviously it didn’t take much to convince me to do that.

Task has been to develop a comprehensive display of Nowa Amerika in ten postcards. Nowa Amerika is a fictional country which territory runs along the rivers Oder and Neisse. It covers both Polish and German territory which in the beginning resulted in a lot of hassle with the more conservative citizens. All started with the capital Słubfurt, created out of the two towns Frankfurt on the Oder(Germany) and Słubice (Poland). In cooperation with the European University Viadrina, were I did my studies, the project continued to grow. From flag via anthem, cooking books, Olympic Games, city walls through to an own parliament, Nowa Amerika was developed further from year to year.

If you want to get to know more about this interesting art project, I recommend you to visit those websites: