If you’ve ever been to Berlin, you’ve surely seen Friedrichstrasse station. It’s one of the liveliest places in Berlin’s Mitte district (you can translate the name as “Middle”). The Friedrichstraße station was built as early as 1882 and its history was marked by the First and Second World Wars. However, for me the history of this train station during the division of the city by the Berlin Wall is probably the most heartbreaking.

Friedrichstrasse station during the Cold War

During the Cold War, as early as 1946, the Soviet Army formed a border at Friedrichstraße station to prevent the escape from east Berlin to west. Nevertheless, more than 3.5 million Germans managed to get through this barrier using the Friedrischstrasse as the beginning of the road to freedom. This number represented more than 20% of the population of eastern Germany at the time. This border was reinforced in 1961 when the Berlin Wall was built.

To this day I still remember Nico’s grandmother stories about “ghost stations”. The U6 metro line that crossed the Friedrichstrasse served West Berlin. However, part of the U6 line was located on the eastern side. During the times of the Iron Curtain, the U6 trains did not stop at these stations, and passengers only saw armed soldiers guarding the division of the country. 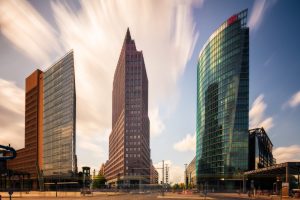 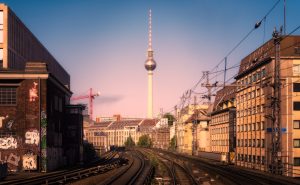