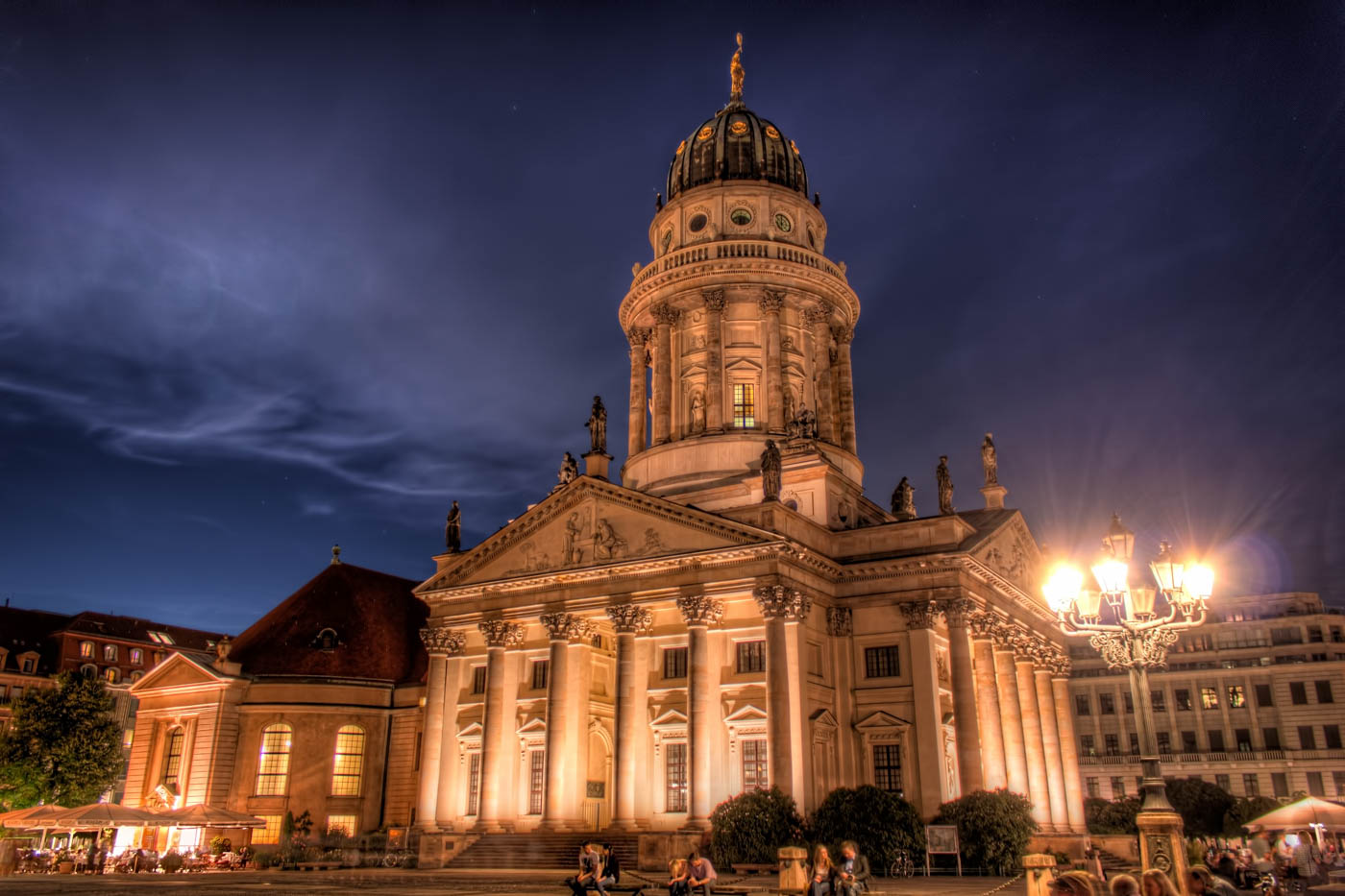 The French Cathedral (Französischer Dom) is one of the three buildings on the Gendarmenmarkt and across from the German Cathedral (Deutscher Dom). It was built by the Huguenot community early in 18th century and is the oldest building on the square. The other cathedral was destroyed during World War II and rebuilt after the German reunification as the square is located in the eastern part of Berlin.