Bye, Bye Berlin! No, don’t worry, I’m not going to leave this city anytime soon. But the combination of backlights, the ICC and the Radio Tower always reminds me of trips I’ve taken outside of Berlin. Whether by car along the highway or via coach from the central bus station around the corner – often the trip started here on the western end of Berlin.

Bye, Bye Berlin they say also for the International Congress Centrum ICC, one of the largest in the world. It’s closed since 9th of April and to capture it one last time I went in March just after the sunset at the Olympic Stadium to the Radio Tower. Who knows how long the ICC will still be illuminated? It seems that they lack a concept for the future use, but it is sure that it won’t be used anymore in its previous purpose. Therefore my personal farewell: Bye, Bye ICC Berlin!

Interesting links regarding the ICC Berlin 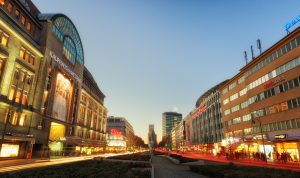 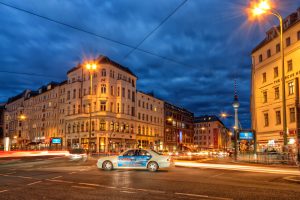 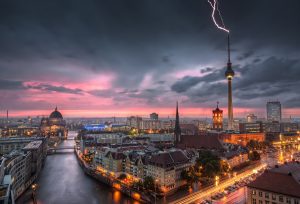