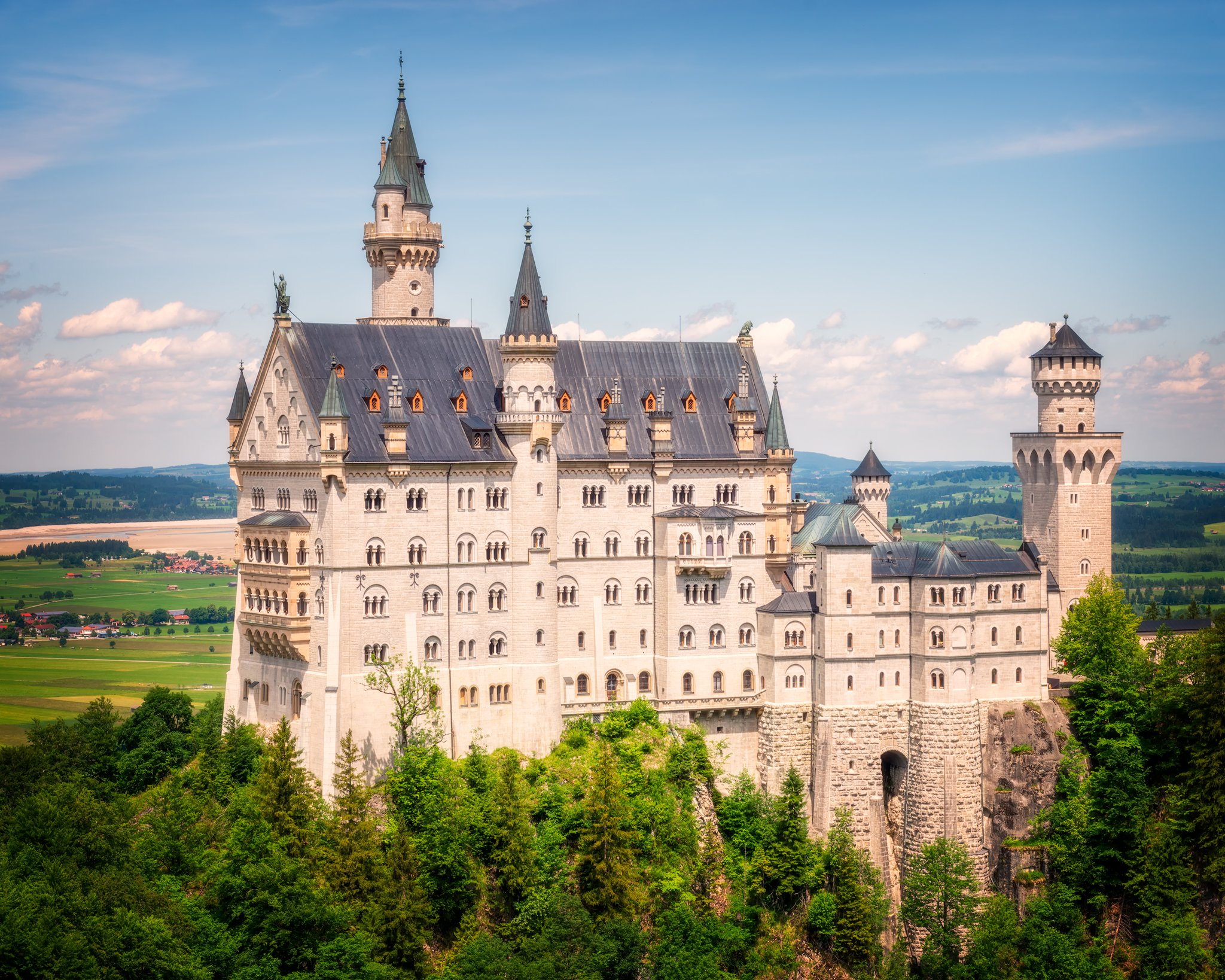 If literally translated from the German ‘Neuschwanstein Schloss‘, the name would be ‘Castle of the New Swan Stone’. A perfect term for this fairytale castle located near the village of Hohenschwangau in Bavaria, Germany. But why such fairytale architecture and the name of this most popular castle in the world?

According to tourist information, the construction of Neuschwanstein Castle in Bavaria was commissioned by King Ludwig II, in 1868. This was just two years after Bavaria and Austria had been conquered by the Prussia and lost their independence. In practice, King Ludwig II lost his autonomy. Various sources state that the Bavarian king lost his mind and immersed himself in the world of fairy tales. Hence his two nicknames: Ludwig the Mad or the Fairytale King.

In a letter to the composer Richard Wagner (of whom the king was a patron), Ludwig II wrote that he planned to rebuild the ruins of Hohenschwangau Castle and erect Neuschwanstein Castle. In building the new castle, he wanted to maintain the style of the old German knightly buildings. Ludwig II himself drew comparisons to Parsifal. Critics claim that Neuschwanstein Castle was supposed to be a response to the king’s state of mind, who wanted to immerse himself in the world of fairy tales.

Given that today Neuschwanstein Castle is the most visited castle IN THE WORLD, perhaps King Ludwig II was not so crazy. Or he wasn’t alone in needing to immerse himself in a fantasy world 😉