As I have mentioned before, there is hardly anything more exciting to me than watching a city wake up in the early hours of the morning. Especially when the city is so close to my heart, like the capital city of the Czech Republic – Prague.

The image shows the Charles Bridge, one of the oldest stone bridges in Europe, which sprawls over the river Vltava in the middle of the Golden City. It connects the Old City with the Mala Strana with a total length of about 516 meters.

Especially in the early morning, when you have the feeling the border between space and time doesn’t exist anymore, you can literally feel the moving history at places like this. I gazed at the faces of the statues, which seem to guard the bridge from both sides and imagined what kind of stories those stone people could tell. Stories of all those things they quietly witnessed over the centuries. While I saw vivid pictures of long forgotten days in my mind’s eye, I nearly forgot to press the shutter button on my camera to capture this mysterious and everlasting image. 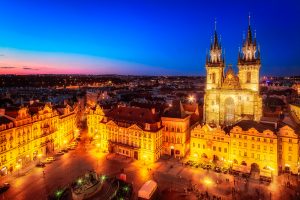 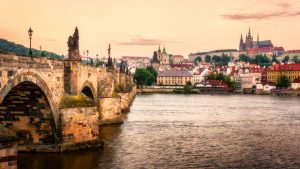 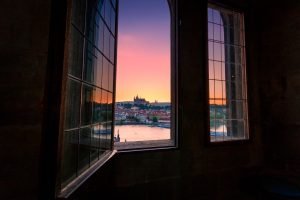