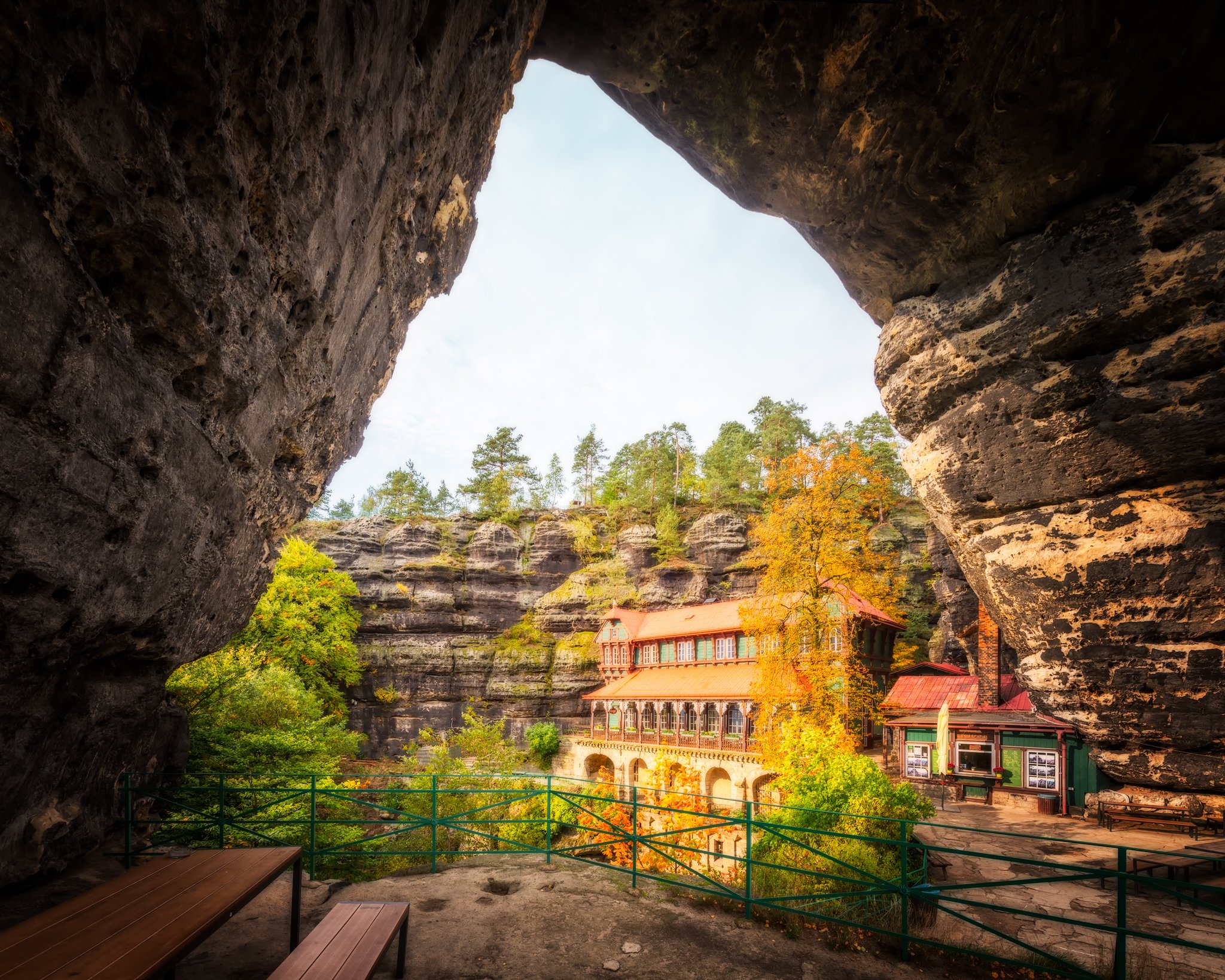 The Pravčická Gate is the largest natural sandstone bridge in Europe. It is located in the Bohemian Switzerland National Park (České Švýcarsko). In 1826, not far from this natural arch, Prince Edmund Clary-Aldrigen built the hotel “Falcon’s Nest” (“Sokolí hnízdo”) visible in this photo.

Pravčická Gate was closed to tourists as early as 1982 due to severe erosion of the sandstone. Several scenes of The Chronicles of Narnia were filmed in Czech Switzerland. In one scene, the actors (children and beavers) run through the Pravčická Sandstone Gate to rescue Edmund. However, since it is forbidden to climb the gate, the scene was edited in the studio to make it look real.

The Falcon’s Nest is open to tourists for tours. There is also a restaurant in this summer palace. If not even for a meal, it’s worth sitting there and enjoying a Czech beer with a view of Pravčická Gate.