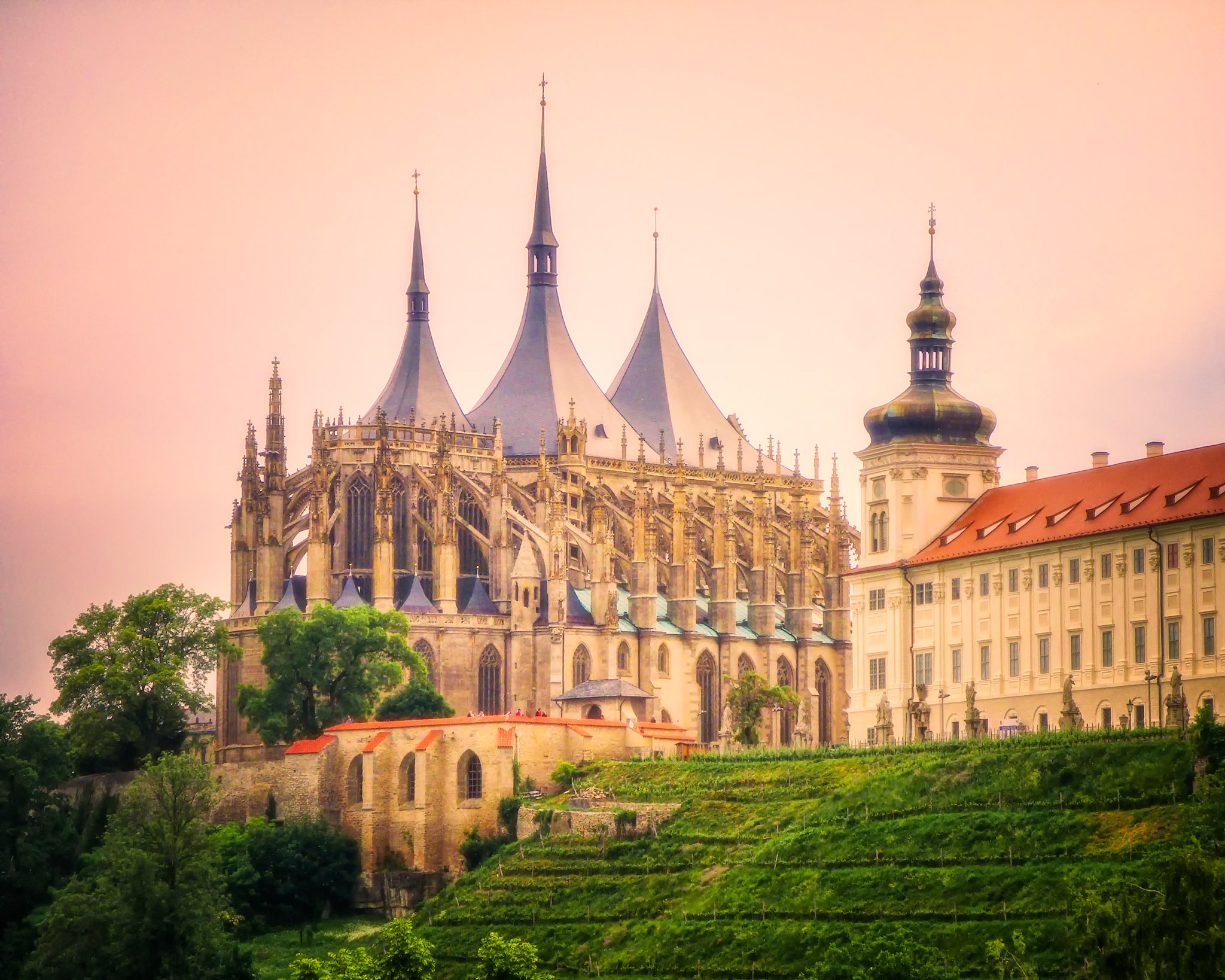 Kutná Hora in the Czech Republic is located only 51 kilometers from Prague. For centuries it even competed for supremacy with the capital of modern Bohemia. Today Kutna Hora has a population of 20,000 (and is therefore much smaller in size than the capital of Czechia). Nevertheless, the city still bears the signs of its former glory.

In the 13th century, silver deposits were discovered near Kutná Hora. For the next three centuries, the town competed with Prague in terms of economic, political, and cultural importance. After the Hussite Wars, Kutná Hora became one of the places where the kings of Bohemia liked to stay. This splendour lasted until the 16th century when the town passed into Austrian ownership and the main silver deposit was flooded. However, the silver mines were not finally abandoned until the 18th century.

In this photo, you can see (from left) the Church of St Barbara and the former Jesuit College. In addition to these sights, Kutná Hora is famous for its “Ossarium”, which houses the Skull Chapel. Even after 10 years, I get goosebumps at the memory of this room decorated with the skeletons of more than 40,000 people!