The remains of The Archaeological Park in Paphos (also known as The Ketos Archaeological Park) dates back to the 4th Century BC. This was when the last King of Paphos Nicocles built “Nea Paphos” – a new city. Today, the park is a UNESCO World Heritage site and during our stay, was a paradise display in my camera’s eyes.

The stones and the blooming in one photo

We visited Cyprus in the month of March, an opportunity grasped as we were unable to experience much sun in Berlin. We couldn’t have asked for better weather in Cyprus, along with more desirable conditions in Paphos – we discovered that the whole area was blooming. For the majority of the year, the park typically reflects that of a desert. During the spring, however, the ground was covered with Poppies and Marsh Marigolds, creating a perfect contrast to the sandy coloured stones of the ancient ruins in The Ketos Archaeological Park. 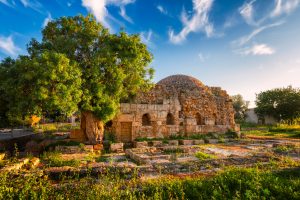 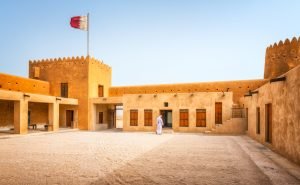 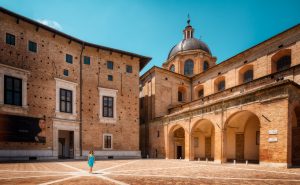