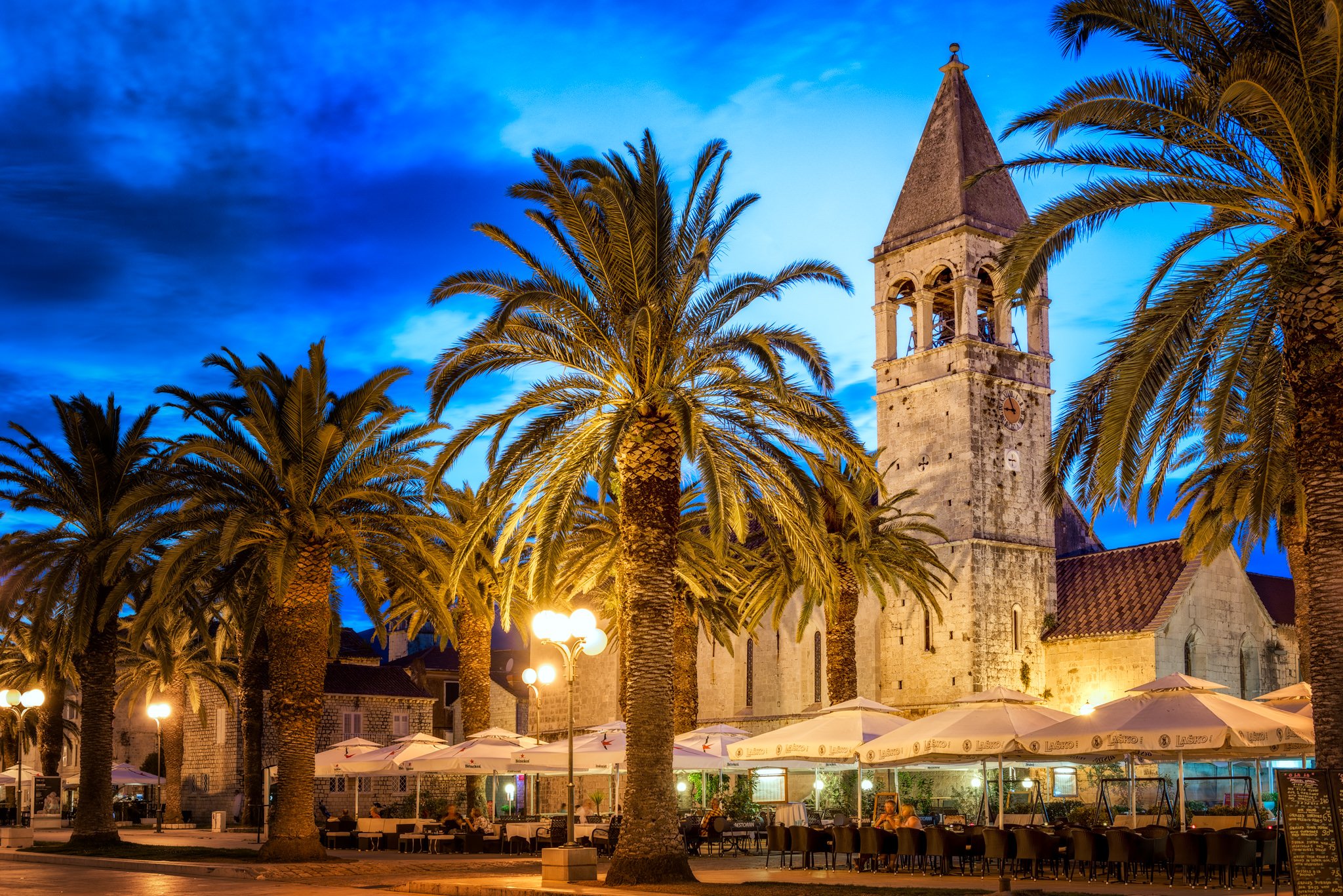 This small Croatian town on the Adriatic coast has earned the title of UNESCO cultural heritage site. This is mainly due to the Venetian architecture of the Trogir’s town centre. However, it’s not only the centre and the Italian style buildings that deserve attention.

Trogir’s dependence on different countries changes a lot during more than 2300 years of its existence. It was ruled by Greece, Roman Empire, Hungarians, Venetians, Habsburgs and finally, it became a Croatian town. This history of Trogir contributed to the remarkable architectural diversity of the town centre.

The Trogir Promenade, seen in this photo, is the centre of the city’s nightlife. Interestingly, Trogir is located on an island and is connected to mainland Croatia only by a bridge. The promenade is only a part of the old town, but it is this boulevard lined with palm trees that is often recognized in photos – for example, just search Google for the phrase “Trogir waterfront”. So if you get “bored” admiring gothic, renaissance and baroque buildings, go back to the town waterfront and find a restaurant with typical Croatian cuisine. Recommended, recommended.