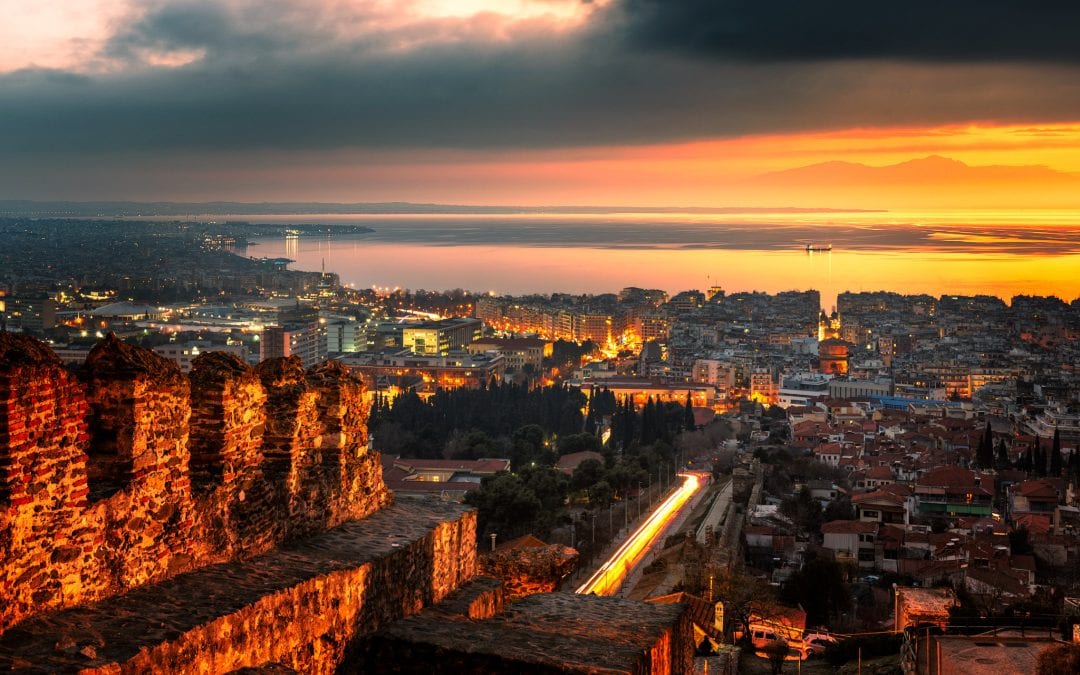 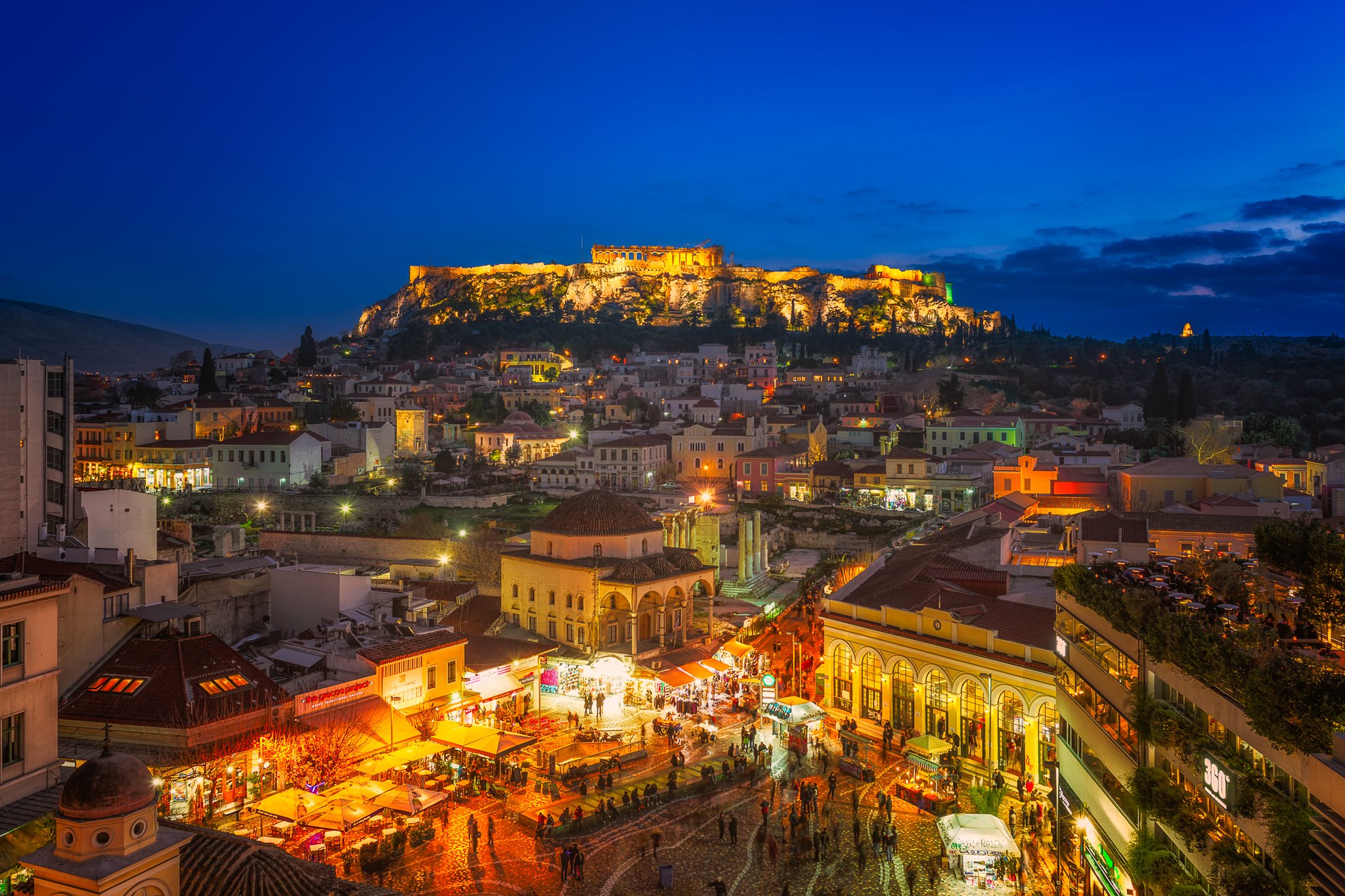 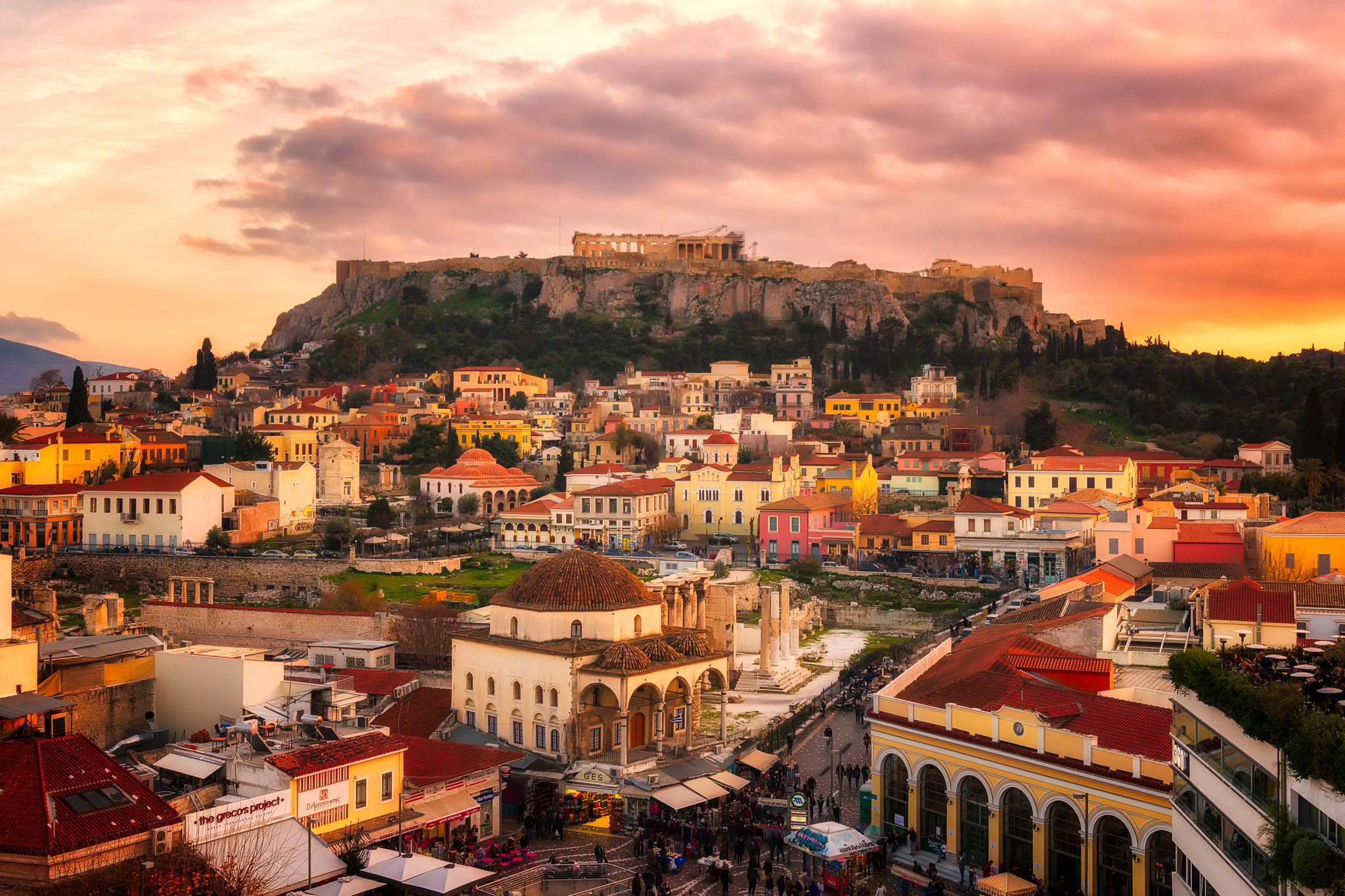 Every time I look at this colorful image of Monastiraki area in Athens, it reminds me how charming the old town of the capital of Greece is, especially at twilight. Moreover, you can notice also the Akropolis and other important buildings there. As you can see on the picture, this neighborhood is crowded with people. One of the reasons is that it’s a major shopping district. 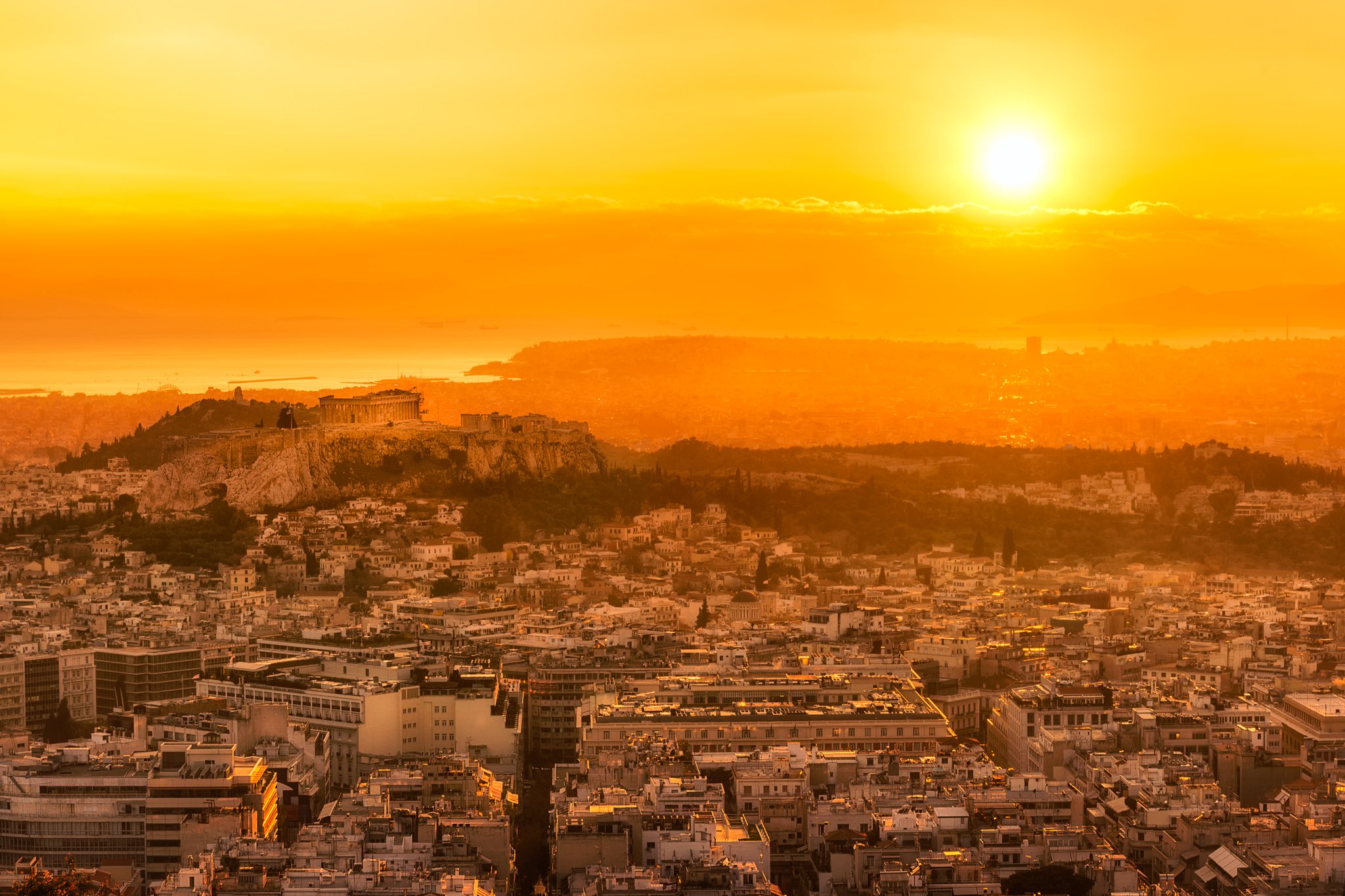 That breath-taking view of the capital and largest city of Greece could touch any heart, I think. At least that happened with me and with all the people around me, who were enchanted by the spectacular panorama of Athens at sunset. This photo was taken from Lycabettus hill while I was waiting for sun to set and shoot photos of Parthenon hill. 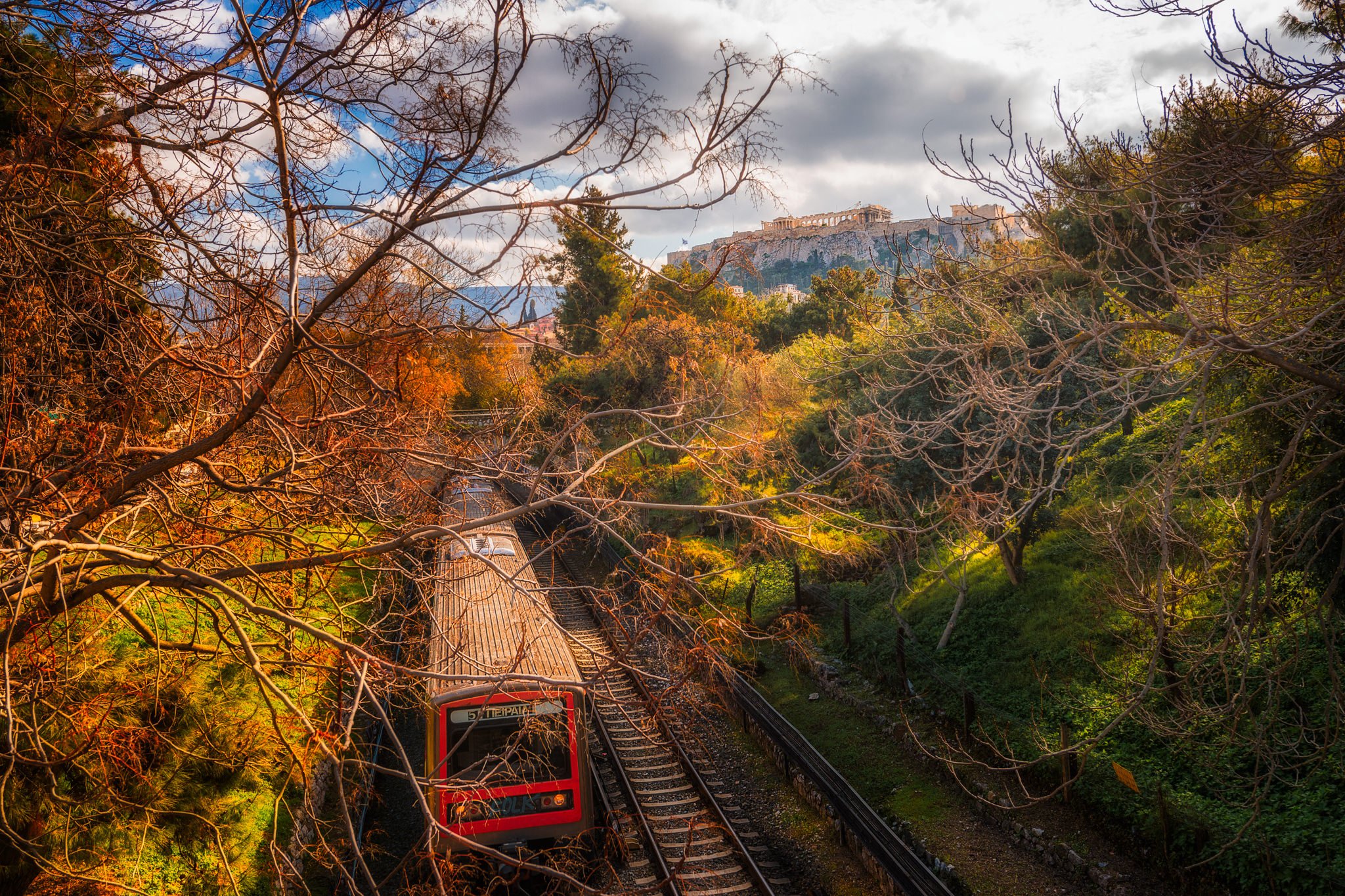